Commentary: The Shape of our World – The Year Ahead

For 2012, in common with the few years preceding it, we are being well trained to expect international macroeconomic gloom and political stalemate or stasis. Although political leaders and strategists continue to struggle with myriad challenges - including the flagging global economic turnaround, the European sovereign debt crisis, rising inflation in emerging markets and its implications, on-going instability in the Middle East and North Africa, confrontation with Iran over its nuclear programme, and the potential transitions of power in the governments of four of the five permanent U.N. security council members - the issues seem to continue to remain on the ‘things to do’ list rather than being transferred to the mission accomplished list. While 2012 may well not mark the end of the world as predicted by the Mesoamerican Long Count Calendar, the prospect of another grim year appears to be confusing business and political leaders and investors alike and stalling progress. There seems to be at heart the lack of a clear vision of the world we live in and this is negatively impacting broader strategic thinking and action. We will make an attempt to define the characteristics of the world we live in, explore what that means for financiers and investors and then put a stake in the future ground to say about what we can be “certain” (in so far as such a thing exists anymore as a working assumption).

What are the forces shaping our world today? Two factors for change stand above the rest in our world today. The first is the increased consciousness of peoples around the world on their own relative position and the resulting demand for human rights and opportunity. The second is the dilemma of scarcity in the face of growing demand which we can expect to be accentuated as prosperity increases. In the absence of a more fundamental shift in leadership values and innovation these two forces are set to be enduring disruptive features of our world. The world we live in is complex but with some very clear characteristics, which are closely interlinked. A few of the important ones are:

What does this imply in terms of the approach to financing and investing? In the picture we have just painted, the baseline for our world is set to be driven by demands (for increased freedoms and opportunities) that cannot be easily met (because of scarcity and dislocation in the timing of cheap delivery of resources and food). This implies either a period of deep change due to competition and confrontation or one of sharing based on our deep interdependence. The outcome will be delivered through swings between these two extremes. The financing industry can of course become profiteers of scarcity. During disruptive times and times of famine the greatest fortunes are made! Some may prefer this option. It is possible that governments will tire of the effort of pressuring the industry and it will survive broadly as is. One would hope that the industry will either reinvent itself to become a trusted partner in financing the solutions to the world’s biggest issues as John Pierpont Morgan had done for America at the turn of the 20th Century. For this to happen, the industry would need to return to its traditional role of financing the issues of the time for a “reasonable” return (whatever that means in our times) rather than making money from the derivative of the derivative of the issues. Rather than becoming the new aristocracy, the revolution in the making is to re-create financiers as partners and service providers. More about that revolution for another Sign of the Times.

In the interim period, two extreme approaches stand out for investors; essentially there are the quick and the patient. The first is what we will call ‘Active Risk Adaption’ and the other is what we will call ‘Enduring Strategic Patience’. Active Risk Adaptation requires the active selection of the risk that one wishes to take and requires timely perception of changes to risk and rapid and effective adaptation. In the current disruptive environment, it is easy to see that the risk we originally choose to take is not the one we ended up with; one factor being that risk compounds as one assigns accountability down the investing chain from investor to fund manager to portfolio company CEO. The one is not suited to manage the next along in the chain in terms of the content of the business. So, the skill required in assessing the risk of the whole chain lies in the selection of the next manager in the chain. The objective is to choose someone who is aligned on what is a risk worth taking, is highly perceptive and adaptive and will do the same in their selection. Given the disrupted world we live in, the antenna to see an emerging risk, to sense and calculate its implications and adapt speedily will be differentiating. The alternative approach, Enduring Strategic Patience, is based on the thematic perspective and selection of positions of longer term value. This requires investors who will think through the world we live in to find the “certainties” in times of uncertainty and place the long bets and have their patience built into their financing structures and organisational cultures to ride out the inevitable short term events and volatility. The last few years demonstrate that not choosing whether we are fit to adapt continuously or whether we are fit to ride out the storms leads to an unfitness to survive. The collapse of more financial institutions is the last thing the world needs obviously. At some point, the Arab Spring will come more forcefully to the investment community than Wall Street sit-ins unless the revolution is led by the banks and financiers themselves.

A word of warning. It is popular to develop simple models and perspectives that drive us to assume inevitability. This would be a mistake. Governments do not have to be overthrown and the world does not need to suffer scarcity or polluting solutions. It takes a government to start the revolution to stall the revolution and it takes capital of the scale of “put a man on the moon” to spur the innovation to avoid the scarcity scenario. Both of which are very feasible. The problem is that too many policy and planning departments have a tendency to build our assumptions and fears into our and models as fixed factors rather than variable ones and then we assume inevitability.

So, what are the certainties in times of great uncertainty? With a reliable reference point, we could plan better for our political, economic, military, societal, environmental and personal affairs. This does not negate the need for adaptation of course. Barring Hollywood style world-ending scenarios, which we clearly cannot rule out especially in a distributed nuclear weapons world, the longer term shape of the world is clearer than many believe. We highlight nine key Macro Defining Trends:

In the coming year’s Sign of the Times, in addition to providing an investing window into current events and trends occurring globally and in India and China, we will explore more deeply some of these broader global themes and how they will impact our target markets.

1. See appendix for definitions and sources 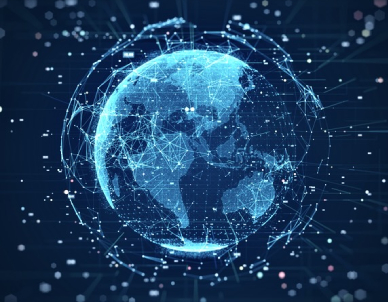 The Sign of the Times in a Decade of Change: Analysis, Insights and Foresight

The Rise of India’s Unicorns : India’s Tech Boom is Strategic

The Leading Financial Hubs for the Sustainable Information Age.

Creating Prosperity for a Billion People: Re-architecting the System of Wealth Creation